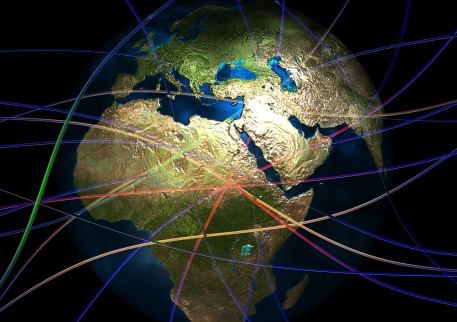 European “Eunicorns” have a globalization advantage: out of necessity, they globalize much earlier than successful North American startup companies. Markets in France, Spain, Sweden and other European countries are so much smaller than the English-speaking block, that entrepreneurs think beyond their own borders from day one. Then, when expansion to new markets is the best next step, their mindsets are flexible, translation resources in place, and geographical scalability already prepared for.

But why should a start-up in North America, the UK or Australia think beyond the enormous English-speaking market until much further down the road? For one thing, two-thirds of their customers lie outside that market, by some estimates. And since investors like to see long-term thinking, the question of where a company will be selling in five or ten years is immediately relevant.

An additional advantage is that some potential markets are also less competitive than those an English-speaking company may be most accustomed to selling to, because of fewer similar products. As an example, Arabic markets are often neglected by English-speaking companies, and yet they account for nearly 5% of the world’s internet users*. An early move to localize for such a market could be strategically brilliant.

Thinking globally before you “have to” could save not only money, but protect you from failed efforts and wasted time when you do start to move in that direction. If from the start you are planning with a global market in mind, you will use concepts, logos, and branding, that are simple and direct, and therefore easy to localize. Knowing and working from the essence of what your product offers your customers, you can choose keywords and phrases that don’t have to be abandoned later because they are only relevant to, for instance, an American audience.

Another important localization piece that can be provided for early on: any software you use should be able to support international character sets (Unicode), with user-visible text and images separate from executable code, and a capacity for text expansion.

For an American or UK start-up with limited localization resources, one safe, lower budget way to initiate global readiness could be to localize from American to UK English (or vice versa). Of course the languages are so close as to be interchangeable, to a large extent. It is easy to find UK variations that are accepted and understood by Americans, or Australian phrasing that does not deter purchases by UK buyers.

But the differences that do exist – spelling, phrasing, humor, cultural references — can be addressed and resolved. An internal structure for doing so can be developed within your company, including the development of a working relationship with a strong LSP such as Skrivanek. Then the interface for more complex localization will be in place, the process practiced and the glitches worked out.