The root meaning of “translation”, deriving from the Latin translatio, is approximately “to carry across”. Significantly, the word does not imply equivalency, but rather an effort to take something into a new realm, results uncertain. When a translator “carries” a text from one language to another, errors are possible. Even without errors, semantic variations are common – one linguist’s translation is unlikely to ever be identical to another’s. This is why translation is often considered an “art,” and its practitioners are essentially artists with different perspectives, levels of understanding, and linguistic skills. 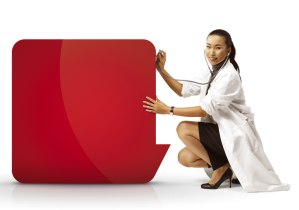 But when the accuracy of medical or pharmaceutical documents explaining drugs, instruments, or specialized processes is vulnerable to human errors, people start wanting to structure translation into a science of absolutes. Because errors or unclear explanations can be life threatening in some fields, especially medical translation, “back translation” is sometimes used as an extra step in the quality assurance (QA) process. In fact, the World Health Organization (WHO) provides a detailed protocol for the process on its website: http://www.who.int/substance_abuse/research_tools/translation/en/

WHO’s recommendation requires several analyses by multiple experts, an effort to pin language down in as precise and scientific a manner as possible. Most back translation is simpler. A forward translation from English to Spanish, for example, is back-translated by a translator unaware of the original, and this new English version is compared to the original to see what did and didn’t come out “equal.” “Reconciliation” then smoothes choices into a final draft of the original.

Theoretically, back translation gives valuable feedback to those on the source language end who need to know what their translation is saying to its foreign audience. It’s a controversial QA choice in that it requires a lot of resources, and some professionals question whether it’s truly more effective than standard editing and proofreading. A common complaint by these professionals is that in the end, back translation adds to the number of people involved, and thus increases the diversity of language interpretations and ideas about expression that have to be integrated. But it may be precisely in that point that the benefit exists: more analysis, more discussion, and more winnowing away of language differences, ideally produce something like an inarguable common denominator.

For most situations, highly experienced translators provide the level of linguistic and cultural accuracy required, without back translation, and because of the extra cost and time involved, global translation companies like Skrivanek find that the process is generally only ordered by medical companies. But for translations in which the slightest shade of misinterpretation could cost lives, back translation provides assurance that every conceivable tool has been used to ensure accuracy.

4 thoughts on “Back Translation: the Key to Absolute Accuracy in Medical Translation?”